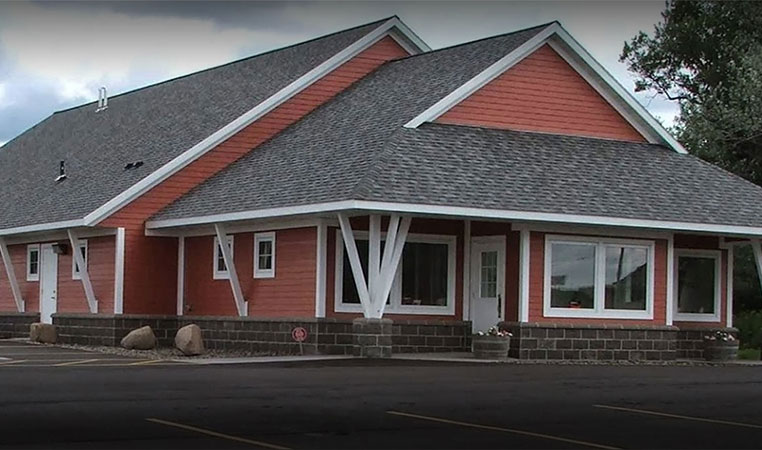 Open every other Saturday

Dr. Amaro was born in Puerto Rico and grew up in New York. She completed both her undergraduate work and veterinary schooling at Cornell University in New York. After graduation, she participated in a small animal medicine and surgical internship at the University of Minnesota Veterinary College. Dr. Amaro has been working at the Community Animal Hospital since January 1997. Her special interests in veterinary medicine include management of endocrine diseases, management of arthritis, and other aspects of internal medicine. Outside of the clinic, Dr. Amaro enjoys spending time with her family, cooking, reading, SCUBA diving, and other outdoor activities.

Dr. Orr grew up in Willmar, Minnesota. He earned his BS in biology in 1988 and completed his DVM in 1993 – both at the University of Minnesota. He started out after college in a mixed animal practice in Cold Spring, Minnesota before moving down to Los Lunas, New Mexico for a short time in a small animal and equine practice. In 1997, he and his wife Maria (Dr. Amaro) purchased the Community Animal Hospital where they have expanded a small, single-practitioner animal practice into a busy, two-doctor companion animal and equine practice. His special interests in veterinary medicine include companion animal orthopedic and soft tissue surgery, reptile medicine and surgery, and equine reproductive management. Dr. Orr is a member of the Little Falls Exchange Club, Crane Meadows National Refuge, the Masons, and the Pine Grove Zoo. Hobbies include basketball, Golf, Woodworking, Horseback riding and SCUBA.

Michele joined the staff in 2001. Michele grew up just outside Little Falls, where she had multitudes of pets and gained her love of animals. She earned her AAS degree in veterinary technology from Ridgewater College in Willmar in 2000.

Melinda joined the staff in 2005. Melinda grew up in Swanville, Minnesota. She earned her AAS degree in Veterinary Technology at Ridgewater College in Willmar, MN in 2004 and has loved looking after your fur children ever since. In her spare time, she enjoys spending time with her Husband and two daughters, riding horse, and gardening. She is a proud pet parent, and has many four legged children including dogs, cats and horses.

Natalie joined the staff in 2018. She enjoys both sides of the veterinary field, working in small animal and equine capacities. She earned her AAS degree in Veterinary Technology in 2008 and been working in a small animal hospital ever since. Natalie lives in Royalton on a small chunk of acreage with her husband and 3 daughters, and a Great Dane named Gruff. When not at work she enjoys camping with her family and spending time relaxing at home.

Adrian joined the staff in 2019. She grew up in Pequot Lakes Minnesota, but has resided in Little Falls since 2015. She started her adventure welcoming furry four legged friends back in 2015, and loves getting to know all their personalities. She has two dogs of her own, Drake and Kobi, who love to run around and go duck hunting. When not at work, Adriana enjoys spending time with her family at home and at Wrestling meets.

We will do our best to accommodate your busy schedule.